No matter what level of development we reach as a society, it seems that homosexuality will remain a taboo for unforeseeable future as evident by these 11 countries that will kill you for being gay. Yes, apart from the fact that more than 70 countries legally ban homosexuality, some of them may carry out death sentences upon members of the LGBT community. People from the LGBT community have precious few safe havens in the world today, and they’ll often have to endure unpleasantries aimed towards them even in countries where homosexuality isn’t illegal. 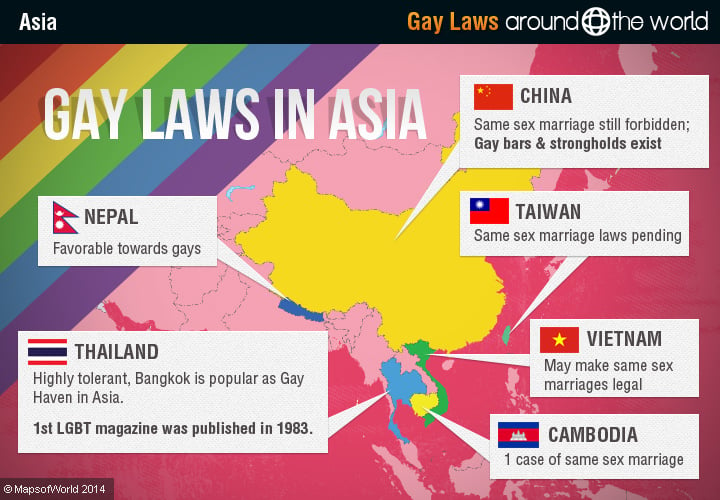 Sometimes I really wonder what century we’re living in? Is the world in which gay, family, and animal abuse are condoned, really worth living in? Is the progress of the human species only measured by our use of hashtagging, Snapchat, Instagram, and other filters? Or is it measured by the number of realities available to us at one convenient press of a button? I know, maybe it’s measured by our tendency to know everything, but it fails miserably when it’s time to pointing Tanzania on the world map. By the way, Tanzania doesn’t appear on our list. They won’t execute you for being gay. They’ll only imprison you; for life potentially. While you’re pondering on these hot potato topics, let’s get back to the task at hand. 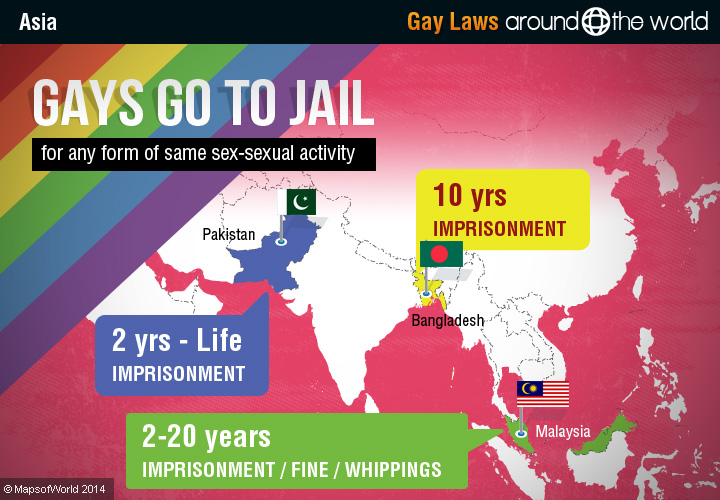 Most laws are subject to change, and laws on sensitive matters like the LGBT community rights, are especially prone to changing. Countries that enforce harsh penalties on gay community are basically constantly under pressure by the rest of the world, and many of them have buckled under that pressure in the past few decades. Some of them, however, aren’t showing any intention of making life easier for their or even foreign LGBT persons that are momentarily or permanently stationed there. Since the laws are flexible, it can be hard to track the usual sentences for this “offense”. It can even be hard to track the exact number of countries where LGBT rights are threatened. The number of countries that can potentially carry out death sentences on members of the gay community is pretty straightforward, though. There are 11 countries that will kill you for being gay, and that’s something that doesn’t look like changing anytime soon.

Afghanistan has been in turmoil ever since the US decided to invade this southwest Asian country after the tragic events of 9/11 attacks. All civil rights including the rights of the LGBT community have been jeopardized throughout the duration of the conflicts, and they still are. But gay community persecution didn’t start in 2001. Their roots are much deeper than that in this 99% Islamic country where Shariah Law is being conducted. Although public executions of homosexuals have ceased since the defeat of the Taliban regime, Afghanistan law doesn’t recognize civil unions, let alone same-sex marriages. It falls to Islamic law then to determine the fate of the LGBT “transgressors”, and Shariah Law “prescribes” the death penalty in such cases. Mind that capital punishment such as this will more likely be carried out in rural areas. Homosexuals in Afghanistan’s urban areas (not those under Taliban and ISIS control) will likely “only” face prison. 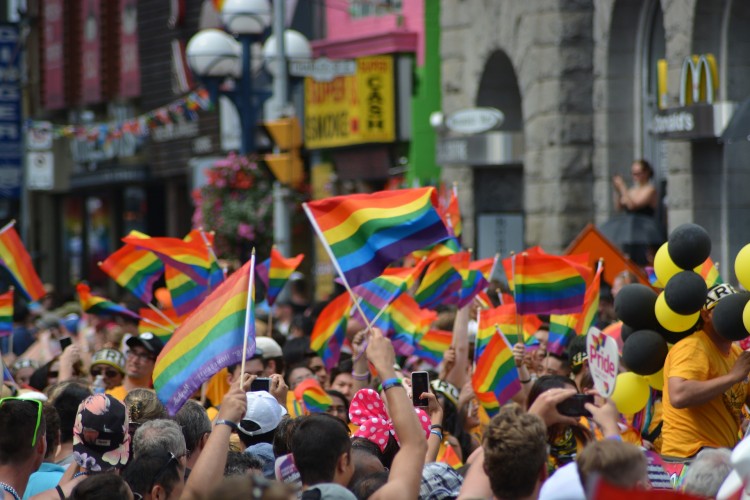 Brunei – a country in southeast Asia is an oil-rich Sultanate which is in the process of adopting the Sharia Law. What does that mean for the Brunei LGBT community? Well, you’ve probably guessed it – death penalty. And not just any death penalty. Sharia Law is clear on that matter. All homosexual activities are considered sins and all such sinners should be stoned to death. No need to pinch yourselves, we’re still in 2016. Sadly, that’s the exact year when death penalty for homosexual activities has been introduced in Brunei. Prior to this, the maximum possible sentence was 10 years in prison. 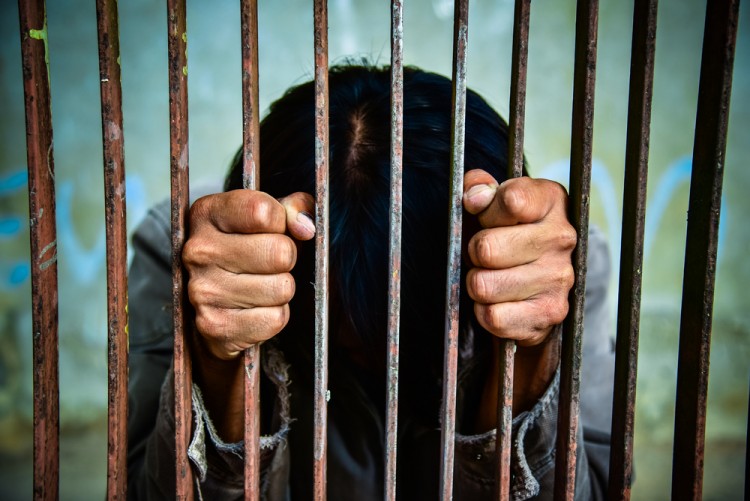 Iran’s attitude towards the LGBT community is as colorful and diverse as the rainbow flag representing it. Iran’s homosexual men can be sentenced to death by stoning, and so can women. Lesbians, however, need to be repeat offenders. Otherwise, they’ll “earn” themselves a flogging (up to 100 lashes to be more precise). On the other hand, transsexuals thrive here in what used to be the Persian Empire not that long ago. Iran carries out the most sex change operations in the world, not counting Thailand. Not only that, but the government supports these operations by funding half the cost of the operation. Before the revolution of 1979, Iran (then Persia as already mentioned) boasted one proud secular society on par with societies in the western world. That time is long gone now, but at least Iran has become sort of a haven for transsexuals from all over the world. 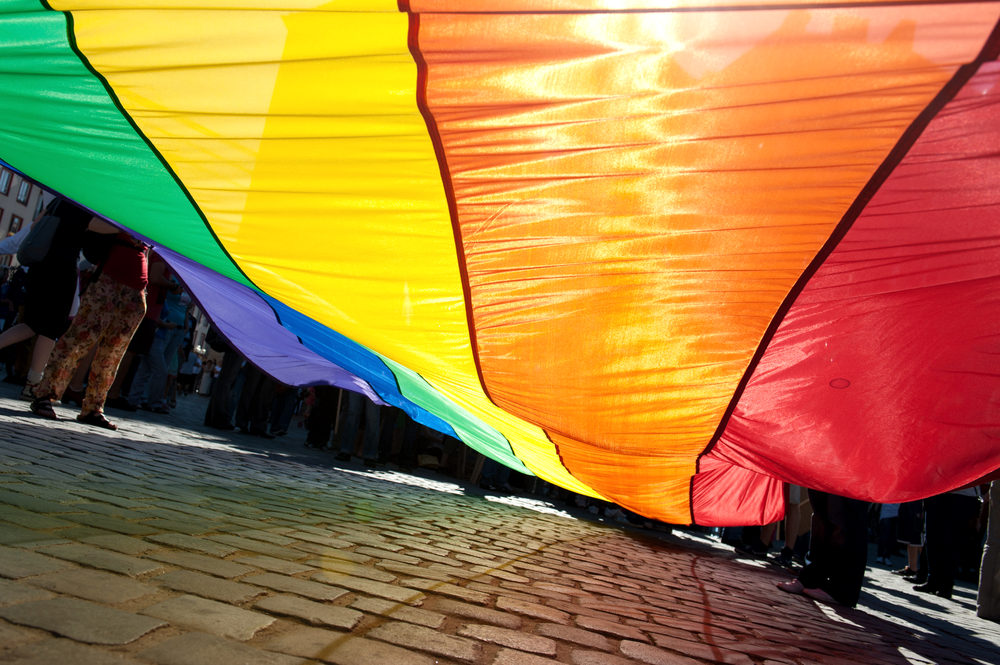 It’s not that better for lesbian, gay, bisexual and transgender people in Mauritania as well. Men caught in same-sex acts face stoning to death, whereas women face jail sentences. Mauritania has other problems as well, but at least the persecution of LGBT persons seems to be losing its momentum. There are no recent records of death sentences being carried out, but that doesn’t mean that hasn’t happened; especially in rural areas where the law is often taken into the hands of the local populace. And, the local populace in Mauritania’s backlands isn’t exactly the most enlightened, shall we say. 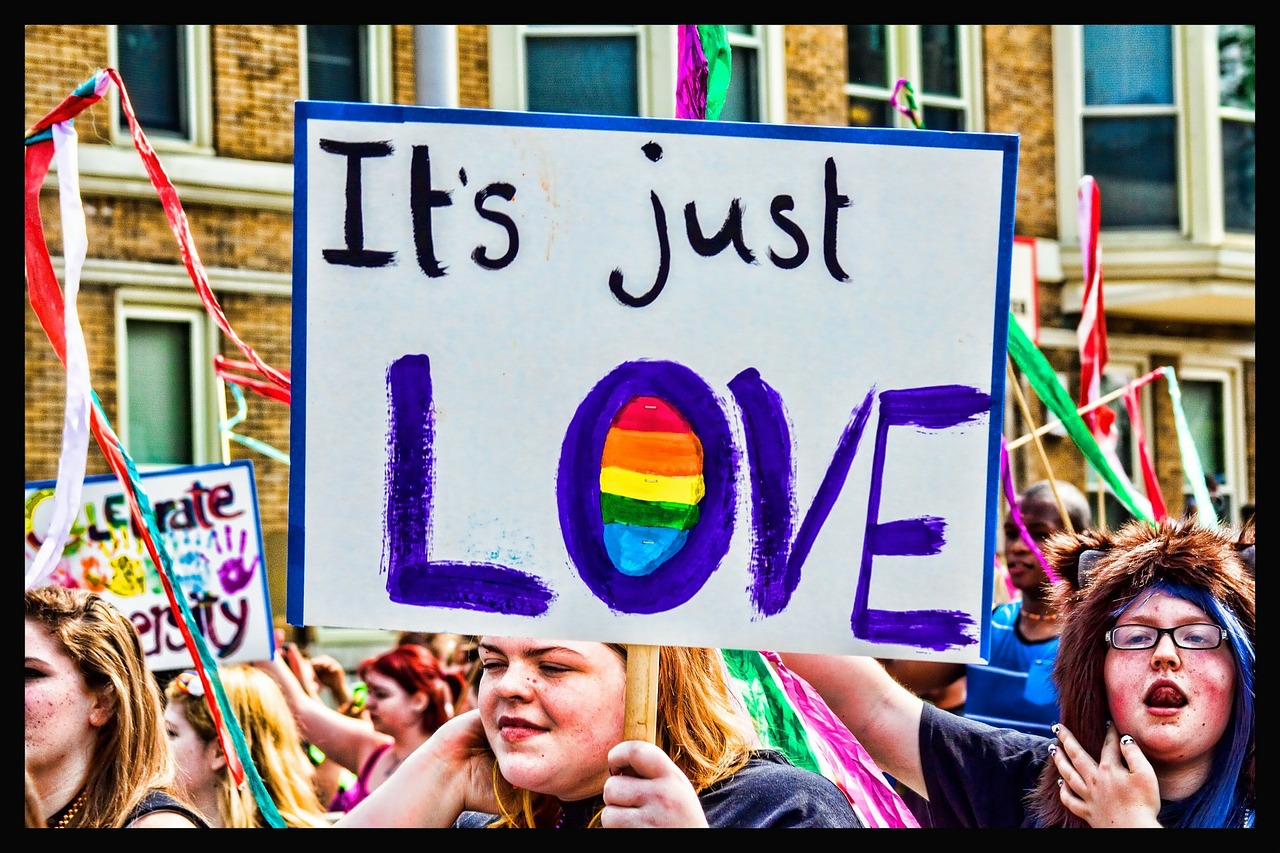 Nigeria is the Federal Republic which means it’s divided into smaller entities. Since Nigeria is roughly 60% Christian and 40% Muslim (according to some reports), entities are organized in such way that they’re either vastly Christian or overly Muslim. Those states that are mostly inhabited by the Muslims, enforce some sort of the Sharia Law (mostly northern part of the country). Of course, we already know what the sentence for same-sex activities is according to Sharia. Sadly, Nigeria implements that law, although no verified death sentences on LGBT members have been verified in recent years. 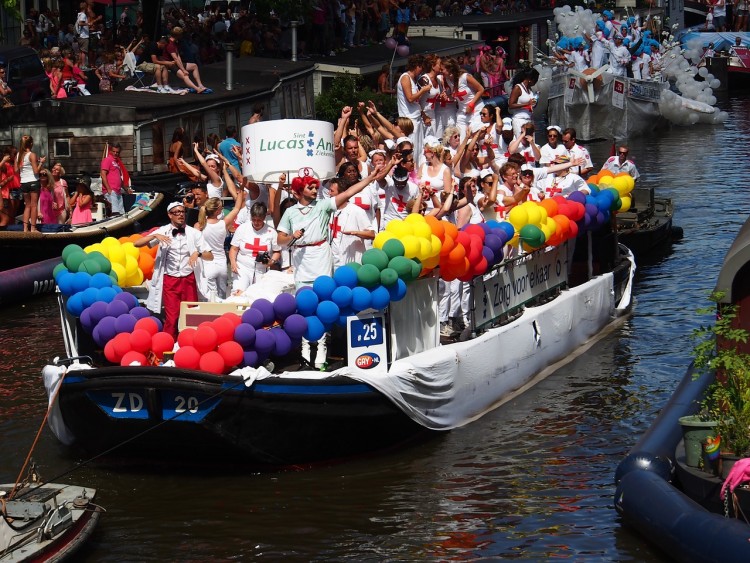 Qatar might be one of the richest countries in the world, but this doesn’t mean their laws are on par with the level of development they’ve reached thanks to the oil money. Human rights are one such area which leaves a lot to be desired. Foreign builders working on country’s capital projects, for instance, are being criminally neglected, and LGBT persons suffer a similar fate. Although no executions have been reported in Qatar recently, Sharia Law is still at large here. Death penalty applies to Muslims only, while foreign non-Muslim citizens face fines, up to 7 years in prison, and subsequent deportation. 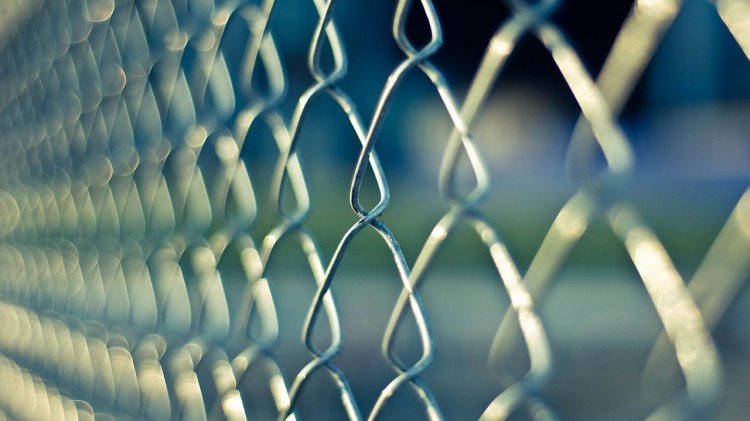 Being an absolute monarchy, one could have expected this from Saudi Arabia. Still, it’s a paradox that such a rich and developed country appears on this list of 11 countries that will kill you for being gay. Not only that, but Sharia Law in Saudi Arabia is being applied rather emphatically. This means fines, prison, flogging, chemical castration, and torture for first-time offenders, and stoning to death for repeat offenders. Like it is the case with many other Muslim countries, vigilante executions of LGBT members are a common thing, usually carried out by none other than victim’s family members. Moreover, Saudi Arabia is one of the few countries where gay executions have been reported and verified recently. 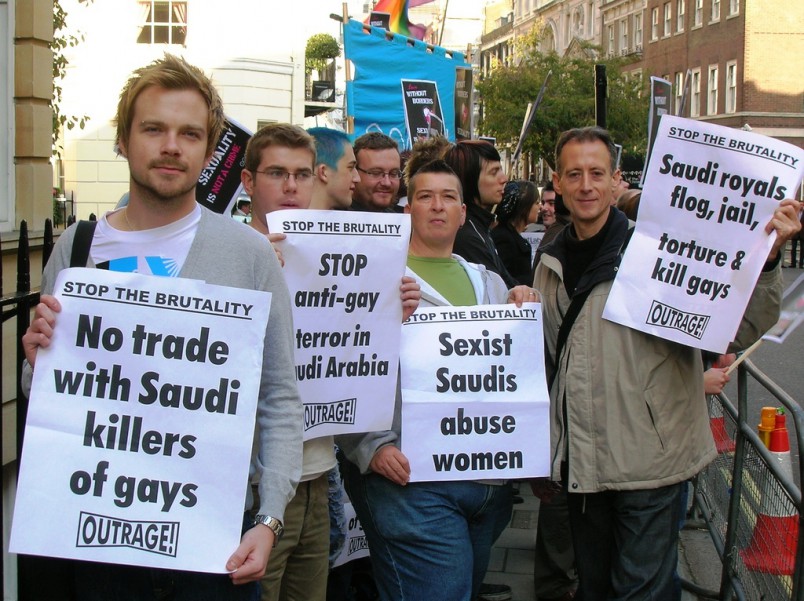 Article 409 of the Somali Penal Code introduced more than 40 years ago states that sexual activities between persons of the same gender are punishable with prison time from 3 months up to 3 years. Compared to other countries on this list, this looks like a child’s play. Things, however, aren’t that hunky dory in Somalia, as you have probably guessed. Members of the gay community face the constant threat of vigilante executions. On the other hand, no execution by the state has been verified in recent years. 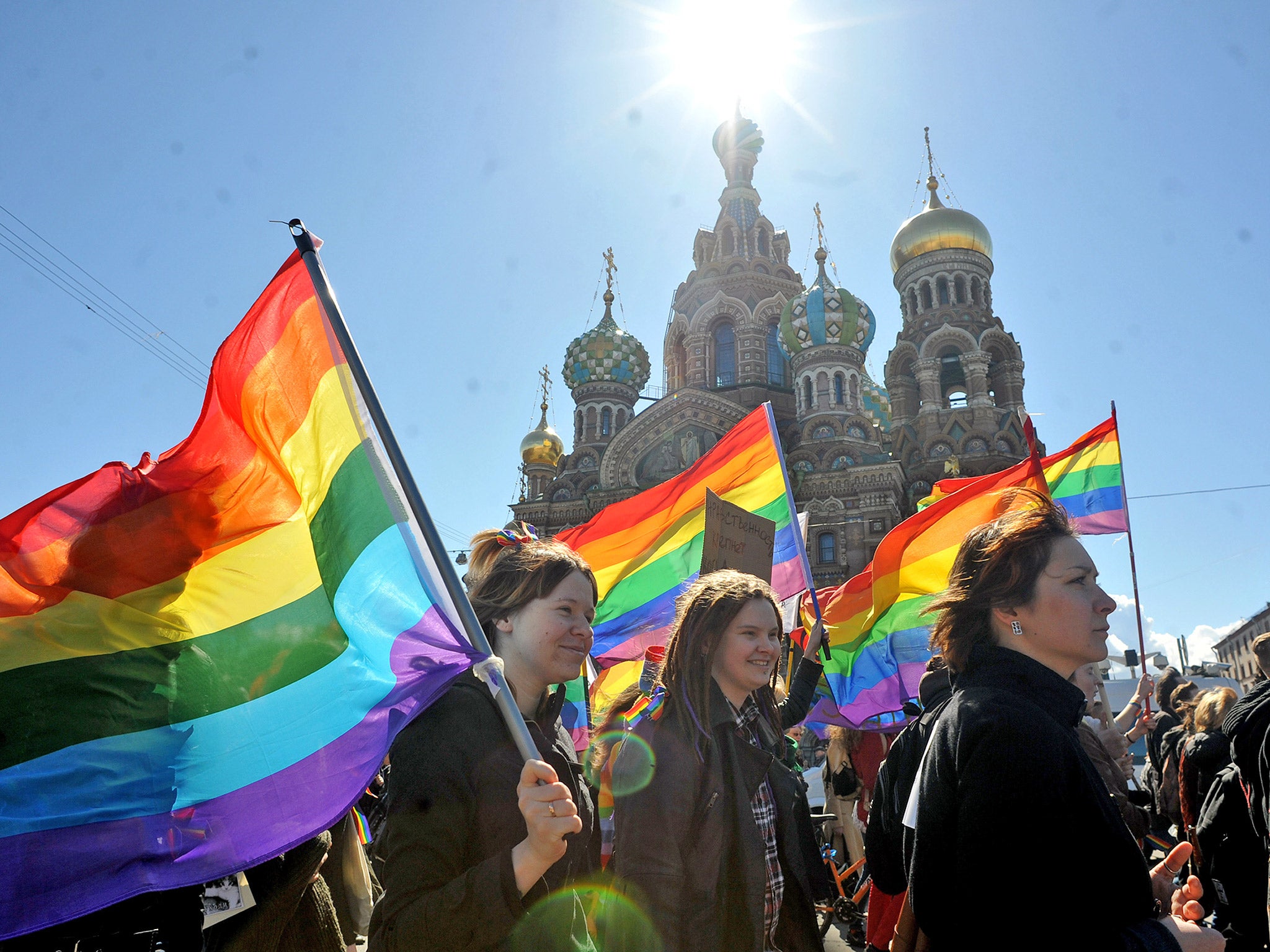 Former largest African country applies the strict form of the Sharia Law. Sentences that the LGBT community of Sudan faces are complex and range from lashing to the death penalty. In theory, first and second-time offenders can “only” receive 100 lashes and up to five years in prison, but third-time offenders face either death sentence or life in prison (article 148 of Sudanese Criminal Act of 1991). No recent executions have been reported in Sudan, while South Sudan has softened up their laws since breaking out of the union with Sudan. LGBT members in South Sudan face the maximum penalty of up to 10 years in prison.

The United Arab Emirates is arguably the most developed country on this list, but even they have problems of their own. Somebody had to build all those flashy hotels, modern skyscrapers, and artificial islands, and we’ve already mentioned how foreign workers are being treated in oil-rich countries. There is a total of 7 Emirates, all with their own implementation of the Sharia Law. Dubai is known for its somewhat liberal interpretation of the law, and Abu Dhabi seems to be heading in the same direction. That’s because there are many foreigners living there, but this doesn’t mean Muslims can get off the hook as easy as the Europeans living in the Emirates, for instance. There haven’t been any death sentences carried out in UAE in recent years, but this still doesn’t mean such punishment doesn’t exist. Even country’s lawyers can’t seem to agree whether death penalty applies for consensual same-sex activities or rape only.

Last among 11 countries that will kill you for being gay is Yemen. The country on the southern tip of the Arabian peninsula is one of the few in the world to carry out death sentences for consensual sexual activities between same genders. First-time offenders face flogging and prison time, but second-time offenders can be put to death by stoning. This goes for unmarried men, whereas married men can’t count on the first-time leniency. They can be executed straightaway. Women, on the other hand, face up to 7 years in prison. 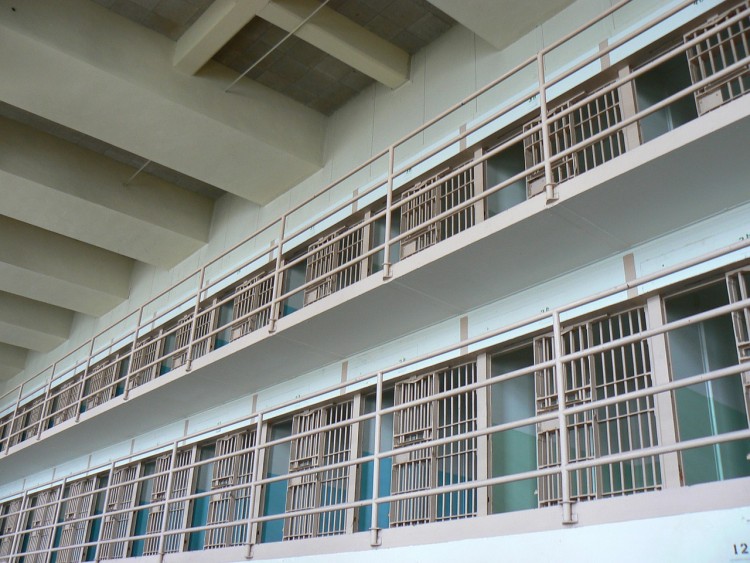