Many Amazon employees felt uncomfortable following a series of recent defacements on LGBT “Pride” posters hanging in the company’s elevators. Amazon’s response to the incident infuriated some even more.

Approximately 10 employee-designed posters that were designed to encourage inclusivity were defaced in Amazon elevators at its main headquarters over the past two months, according to internal emails seen by CNBC. Examples included crossing out the “T” in “LGBT” or writing “Why?” over the message.

Amazon replaced the defaced posters and put up a new message that reiterates the company’s policy on vandalism: “Posters are company property. Defacing posters is a violation of Amazon’s policy.”

The incident has sparked a debate inside the company on whether Amazon’s response was adequate, drawing over 100 responses in an internal email thread last week. Some employees voiced their displeasure over the company’s failure to address the problem and promote workplace inclusivity, making some employees with LGBT backgrounds feel further marginalized at work.

“The proper response to widespread pride poster defacement is not only a policy that prohibits defacement, but also a massive and overwhelming show of support for pride in many forms,” one of the emails said.

In a statement, Amazon confirmed the incident and reiterated its commitment to equal rights and tolerance.

“Amazon allows employees to create their own posters to advertise events across our campus. When we learned a few posters celebrating Pride faced defacement, we worked quickly with the employees who created them to have them replaced, and we published new posters to reiterate our policy that posters should remain unaltered. Since then, no other incidents have been reported.”

The emails viewed by CNBC give a rare display of employee dissent over company policy at Amazon, whose workforce is generally known to be less vocal over such issues compared to those of other tech giants, like Facebook and Google. It’s also the latest diversity issue to surface at Amazon, as it continues to work towards building a more inclusive culture.

The biggest complaint comes from the lack of engagement and support for the LGBT community in Amazon’s response, the emails show.

“It’s authoritarian and un-Amazonian,” one person said about the poster warning employees not to deface company property. “That poster is the most corporate-borg thing I have seen in my almost 7 years with the company.”

Another person who identifies as transgender said the incident has had real impact on how LGBT employees view Amazon as a workplace, and that it made that person reconsider a move to the company’s Seattle office.

“I know people personally who came very close to quitting Amazon as a consequence of those defacements,” this person said.

Some employees expressed concern over their safety at work, as Amazon’s response leaves room for the perpetrators to repeat their attacks in other ways. For people with LGBT backgrounds, safety at work remains “not guaranteed,” this person said.

“This policy won’t actually do anything to address the goal of stopping bigoted comments related to the poster.”

Amazon’s lacklustre response could have broader implications. If it fails to “set the tone for what comes under acceptable and not acceptable” at the workplace. The statement came from Stephanie Creary, a management professor at the University of Pennsylvania. She said a more inclusive approach would have been a company-wide memo. In order to condemn the act and reaffirm the company’s commitment to creating a diverse office culture.

“When companies must not fail to call out biased behaviour against members of LGBT communities. As this can actually further perpetuate the marginalisation of these communities,” she said.

In a statement, Amazon’s spokesperson said the company feels “proud” of its inclusive culture. She pointed out that it received a perfect score on last year’s Human Rights Campaign’s Equality Index.

“Amazon has always been, and always will be, committed to equal rights, tolerance and diversity,” the spokesperson said. 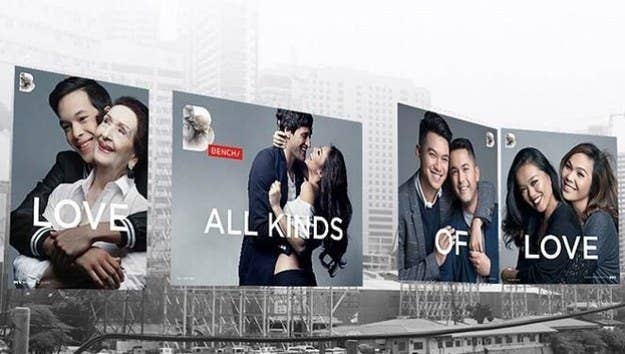 For Amazon, this isn’t the first controversy to flare up over workplace diversity.

Roy Price, Amazon Studios’ former chief , also had to step down after charges of sexual harassment arose against him.

Earlier this year, a group of Amazon shareholders demanded more diversity at the board level. They proposed a new requirement to consider women and minority candidates when selecting new board members.  (Amazon later agreed to the change.)

Amazon also has very little female representation in the upper ranks. As of last year, CNBC reported that just 2 out of the top 38 executives directly reporting to Amazon’s three CEOs were women.

Also read here about the Most LGBT Friendly Corporate Employers.

Amazon CEO Jeff Bezos, meanwhile, has been a vocal supporter of the LGBT community in public forums. He’s previously made donations in support of gay marriage, and is reported to have made gay rights a priority in the selection process for Amazon’s second headquarters.

In last year’s speech accepting the Human Rights Campaign’s National Equality Award, Bezos said Amazon has been “committed to equality in our workplace” from the earliest days of the company, and that “every Amazonian should seek out the perspectives of others.”

Some of the employees suggested that installing security cameras in Amazon’s elevators would help spy and catch the perpetrators. Others suggested a more targeted poster addressing the unacceptable behavior would have been a more productive approach. A few of them argued that Amazon’s response was actually a good start to tackling a complicated issue.

Still, many employees are searching for a better answers. Amazon still hasn’t clearly communicated its plan on how to respond to the hatred shown towards LGBT employees.

“A clear message of ‘we don’t do that here’ might not change the opinions of bigoted individuals,” one person said. “But it would make me happier if the company clarified that bad behaviour will attract severe reprimands at work.”