Polyamory is about equity and egality: any person in a relationship has the same rights, no matter their gender, sexual orientation or age.

She is 27 and lives in Bengaluru. Let’s call her Radhika. Radhika says she was 18 when she became “conscious” that she wanted to be intimate with multiple partners. In other words, that she was polyamorous. She has come out to a few friends and reactions have been mixed.

“Some are accepting, but some are sceptical, and tell me that I am being foolish and polyamory will never work.”

She hasn’t told her parents yet simply because they will not understand. Even more difficult has been to find partners willing to accept polyamory. Radhika says she has been practising polyamory for only two years now, when she finally began to find the first few partners open to the idea.

The dictionary defines polyamory as ‘the practice of engaging in multiple sexual relationships with the consent of all the people involved.’

Its definition is often expanded as ‘consensual, ethical, and responsible non-monogamy’ to differentiate it from what it is often misunderstood for — a committed couple in an open relationship where each is allowed to experiment outside the relationship every now and then. In polyamory, however, there is no single committed couple — the polyamorous group is committed to every one of its members, mentally and physically.

As definitions of relationships and sexualities morph dramatically across the world, India is no exception. Polyamory India is a Facebook group formed about eight years ago by the San Diego-based Rohit Juneja and has as its background image the words, ‘The capacity for human love is unlimited.’ And about a year ago, Bangalore Polycules was formed, a ‘hush-hush’ community of people who are polyamorous and meet occasionally in private spaces.

Members have come together through an underground network. In a departure from their fool-proof privacy, the group organised a public event, a screening of a French film Lutine on polyamory, in order to educate more people about it. And when earlier this year, they announced the event at the city’s famous art space, 1 Shanthiroad Studio, it led also to their name cropping up on search engines.

That is how I found them. And perhaps that’s how Basit Manham found them. At 24, Manham says he is dealing with depression. Outwardly, his lean frame exudes confidence, showing no signs of the inner turmoil. Manham, a college dropout, moved to Bengaluru from Pune about a year ago as the senior community manager of Stay Abode. He comes from an orthodox Muslim family and in 2014, when he declared himself as ‘agnostic’ on social media, he was immediately disowned by his family and has had to support himself since. A few months later, he used social media again to declare that he was polyamorous.

Two major public declarations in quick succession, and their fallout, have clearly affected him deeply. “Probably,” he says. Alone in a new place, all Manham wanted was to be with people who would not question him or judge his choices. And then he stumbled upon Bangalore Polycules.

The film screening of Lutine was open to all, polyamorous or otherwise, and it was followed by a Skype Q&A with the film’s director Isabelle Broué. When asked who had organised the screening and Q&A session, the gallery representatives would only say that they got a request for the event via email and that there was a good turnout of people. A city-based filmmaker who attended it says he could not figure out who the founders of the group were.

I spoke to Broué in an email interview, and she recollected her experience of talking to audience members. One of the questions asked of her was a common one that vexes most Polycules members. Is polyamory the same as polygamy? “I gave the usual answer: that polygamy is about being ‘officially’ in an union (from the Greek word gamos) with someone, whereas in polyamory, we’re talking about intimate relationships without social recognition,” says Broué, who is polyamorous herself.

Polyamory is about equity and egality: any person in a relationship has the same rights, no matter her or his gender, sexual orientation or age. But what Broué remembers most is seeing so many women in the audience, mostly “young women”. It reaffirmed her belief that polyamory is a way to assert yourself as a free person. “It is both personal and political,” she says, “a feminist way of living your relationships.”

On the evening of the event, one of the audience members, who had attended out of curiosity, got the feeling that the “whole thing was about kids wanting to have a good time”. Otherwise why wouldn’t they be in a monogamous relationship? Radhika doesn’t agree. “I am polyamorous,” she says. “I don’t think I have a choice in the matter. Whenever I’ve been in monogamous relationships, I have resented the fact that wanting a relationship with someone else is considered taboo (unless it’s within the framework of friendship). And that has been very stifling.” Coming out as polyamorous in today’s society is obviously still difficult, despite the growing openness. What makes it easier are groups like the Polycules. As one of its members says in an email interview, the “primary purpose of this group is to be a place where people can share and support each other.”

For Manham, it was pure serendipity that he found a local community. He has been to a few of their meet-ups and finds the members are on his wavelength. He cannot give more details — the group has requested him not to volunteer more information about it. He says, “Idea-wise, we are connected and that’s enough for me.”

A polyamorous person can choose to be in a hierarchal or non-hierarchal relationship, which, simply put, means they could have a primary partner or all partners can be of equal relevance. In Manham’s case, his first relationship broke up because his girlfriend was not okay with him seeing others. “Each of my relationships satisfies a different emotional need. I can’t satisfy someone in all ways and vice versa,” he explains.

In a monogamous relationship, one either makes do with the partner, warts and all, or tries to change the partner.

“Most poly people do not change anything about a partner,” Manham says. “It is cruel to try and change someone.”

Polyamorous people are also quick to point out that their proclivity for more than one partner does not make them simply promiscuous or disloyal.

A survey conducted of the Bangalore Polycules members found that 72% inform their partners of other relationships. About 85% said they would continue with a satisfying relationship even when sex dwindles or isn’t in the equation. They cite this to indicate that their ethics overrule the assumptions of promiscuity labelled on them. The Polyamory India group says on its Facebook page: ‘It is not about free sex, casual sex, extramarital affairs and nor is it a way to make friends or pick up sex partners. If you are looking for any of these please go elsewhere.’

The Bangalore Polycules community has people of diverse gender identity: male, female and other genders. Their sexual orientations range from heterosexuals at 35%, bisexual 35% and 30% homosexuals and others. But no matter what, all of them listed understanding and communication as the most important aspects in each of their relationships. “Communication is important because there is no standard protocol as there is in monogamy,” says Radhika. “Being receptive to each other’s needs, desires and preferences is crucial.” One of the Polycules members, who identified as demi-sexual, stressed on “honest communication” as being the key to satisfying polyamorous relationships.

Still, jealousy rears its ugly head. Sitting in a crowded restaurant and eating a piping hot vada and sambar, Manham is dealing with a few issues himself. “I still feel uncomfortable when my primary partner tells me about her other relationships,” he confesses. Only uncomfortable? “No, make that jealous,” he says, after a moment of silence. “So, I tell her it is okay if she doesn’t tell me about her relationships.” But omission is not honest communication. And that is a troubling issue.

It is not that polyamorous people do not feel jealousy. “We try to handle it differently,” as Radhika says.

Some of it, according to her, is about thinking from a different perspective; people conventionally are not jealous if one friend seeks other friendships. “Often, jealousy stems from unmet needs in a current relationship, so figuring out what those are could be helpful,” she says. For Manham, acknowledging the emotion and reasoning it out is a step forward. As he says, “No matter what, I will support my primary partner, even when she has any issues with her other relationships.”

Most members of Bangalore Polycules said that sex is not the key factor driving them to polyamory. In fact, for Manham, he broke off two relationships when he realised the partners were in it for sex only. “I thought we were in a relationship,” he says. One respondent said that even though he was not in a relationship at the moment, for him, platonic love transcends sex. He calls himself ‘asexual’, and he thinks it is possible to be connected only emotionally. 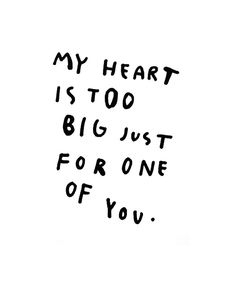 The expectations of emotional fidelity, on the other hand, are divided among members. Exactly half the respondents said they expected it, while the other half said they did not.

One issue that has yet to come up for most of them — given that the majority are in the 26-40 years age bracket — is the question of children. Will anything change then? Manham isn’t sure. And neither were some of the others. One of them, a young computer engineer in his early 30s, who guards his privacy ferociously as he is unsure of his workplace’s reactions, says he is now under pressure from his family to get married, settle down, have children.

“They look at my polyamory relationships as a ‘macho’ thing and want me to commit to one girl and have children,” he says. “But none of my partners are ready to be married and, frankly, neither am I. And having children out of wedlock will bring in other issues.”

For now, the issues facing the group are privacy related. As they grow older, there will no doubt be new issues. But the challenge at any age will be getting the right to live their lives the way they want, without society telling them how to live.