Do you know what is a bigger mess than asking for LGBT+ related laws? Receiving them in a manner that is supremely unhelpful. Whether it was India’s Transgender Protection Bill or this new law in Kentucky that worsens the conditions of the transgender students in schools. It’s like asking a genie for wishes.

So here’s what’s up. Kentucky recently introduced a bill. And the bill strongly discriminates against transgender students. According to the bill, transgender students cannot use restrooms and locker rooms that are consistent with their gender identity. And if they do, other students are allowed to sue them.

In many countries, transgender students drop out of schools and do not receive the education their counterparts can access with ease. The gender binary is a huge aspect of schooling. Not only in co-ed schools but also in single-sex schools and convents. Although, recently, somewhere in the UK, new laws were made in elite single-sex schools that allow transgender students to apply. They also decided to change the uniform to help gender non-conforming and non-binary students. A safer option for them not to feel compelled to look masculine or feminine.

What is with the obsession over gender binary? Advocate stated that Rep. David Hale, a Republican, prefiled the bill last week for consideration in the state’s upcoming legislative session. The Courier-Journal of Louisville reports that the session begins on the 7th of January in the coming year.

The bill claims if trans students are given access to the sex-segregated spaces that match their gender identity it creates injury and disruption. It also looks at the situation as an emergency. Here’s the line from the bill.

“a significant potential for disruption of school activities and unsafe conditions” as well as “potential embarrassment, shame and psychological injury” for cisgender students.

Who Gives Consent? Everyone but Transgender Students

The situation is ridiculous to say it politely. Everyone apart from the transgender students or the transgender community seems to have a voice. The bill also says that the trans students would require accommodations with parental consent. They “could” be allowed to use a single-stall restroom if it comes to that. A restroom that would be unisex or faculty facilities. The legislation states,

And with laws come law enforcers. And in this case, the school officials have to hold responsibility to enforce the policy. The policy also gives veto power to the other students. This means students who encounter a trans student in one of the forbidden facilities can file a legal action against their school district. Since this law is passed at the district level, schools that are not transphobic are also forced to follow these rules. Here’s what the bill reads. 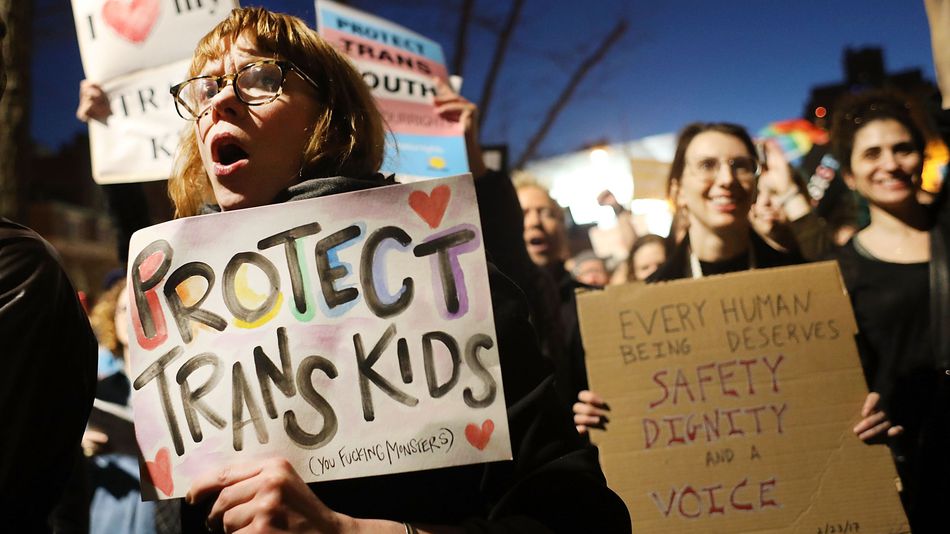 David Hale did comment post the submission of the bill. But the Courier-Journal was able to speak to a representative of the Fairness Campaign. Fairness Campaign is a statewide LGBTQ group, who are strongly against the bill. Since the bill promotes ostracisation and endangers transgender students.

The Director of the Fairness Campaign, Chris Hartman did provide a comment.

“At the end of the day, what that says is ‘You are so different that the only accommodation we are willing to make is to make you use a special restroom, a different restroom, which once more isolates the transgender youth and makes them additionally vulnerable targets”.

He had more to add. “So if I am the only trans kid in school and I can only use the single-stall locking bathroom on the third floor, everybody knows that that’s where I’m gonna go to the restroom. And again, it’s easy to target someone if that’s what you’re looking for.”

The discriminatory policies in schools can increase the number of transgender children dropping out. It can also encourage students to be non-inclusive and isolate the transgender community in their everyday life as well. This will force the trans community further into isolation and separation. Bullying is a common practice among students. And these new laws will only teach students that the segregation is a necessity. The popular line from George Orwell’s Animal Farm is making profound sense now. “Some animals are more equal than others”. And the trans community is only the latest victim of the supremacy.

Read Next: THE SCHOOL FORCED HER INTO CONVERSION THERAPY

This author has not added a biography. Meanwhile Vaishnavi has contributed 153 posts. Click here to view them.