In a historic judgment, the Supreme Court on August 24 declared privacy a fundamental right. The nine-judge bench gave a unanimous verdict that the right to privacy is to be held as an inalienable fundamental right that protects individuals from arbitrary state interference and prevents the state from being totalitarian. The verdict could help end 149-year-old British-era law that makes homosexual acts criminal and punishable by up to 10 years in jail. 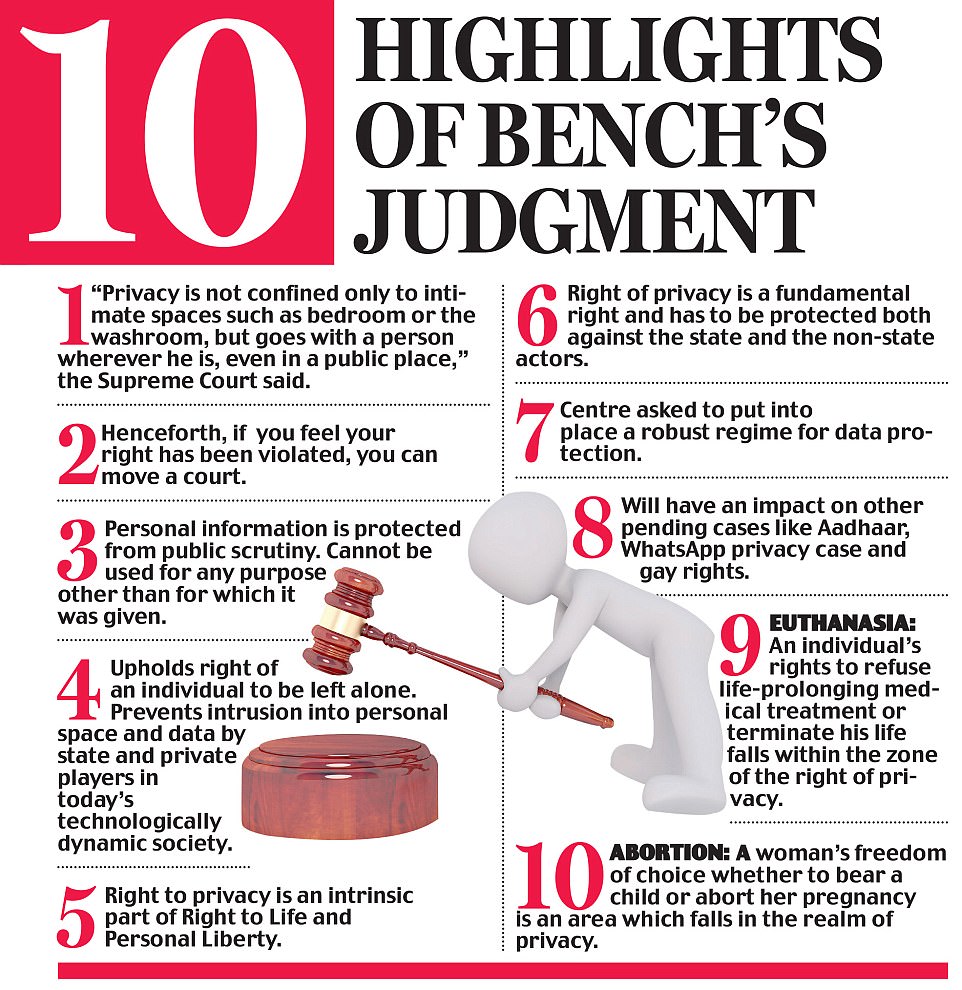 “I am over the moon,” said Anjali Gopalan, founder of Naz Foundation that petitioned the HC in 2001 against section 377.

Members of the community across cities hailed the verdict and said it would boost their fight against a 2013 top court judgment – popularly known as the Suresh Koushal verdict – that left it to Parliament to scrap section 377 that bans “unnatural sex”.

“I welcome this judgment. It is a relief to hear sexuality spoken of in the language of rights and dignity,” said Gautam Bhan, a professor, activist and one of the original petitioners in the petition against section 377.

Read the Full Judgement Below: