Amidst the sea of people at Bengaluru’s Pride March in November 2015 were a youngish man and an older woman wearing identical rainbow-coloured headbands. Anthony Peter Sylvester and his mother Monica D’Souza held hands as they walked towards Bengaluru’s Town Hall, observing, in a way, an anniversary of sorts: of a gay man being supported by a member of his family.

It was nearly two years ago that 26-year-old Anthony, a finance professional, had come out of the closet to his mother at a Pride March. Since then, they have been participating in the march every year.

While it was a bolt from the blue for Monica then, today she is more accepting of her son’s identity, if not thoroughly convinced.

Also Read: Sikh Mother Of A Gay Son Explains What Homosexuality Is To Parents

“I don’t feel he is gay. I am adjusting according to him. Or else he’ll feel lonely or hurt,” says the 52-year-old mother.

Recounting the day, Monica says, “We were in an auto headed to the march when Anthony said, ‘Mama, I want to speak to you’. He told me he was gay. I was shell-shocked. And I cried. Anthony then told me ‘Mama, you must understand’.”

Anthony, who had first come out to his sister, today is openly gay and his family is fully supportive of him.

“I have accepted it 90 percent, but there is still a part of me that wants to consult a doctor to see if his condition can be treated. But I don’t want to insult him. I am okay with who he is. I’ll support him even if he has a boyfriend in the future,” she says.

Of the several battles that people from the LGBT community in India fight on a regular basis, getting their families to accept their sexual orientation is one of them. While some are supportive of their children, there are others whose thinking has been hardened by years of social conditioning.

Meetu, a Noida-based homemaker, had no idea what being gay meant. It had never occurred to her that either of her sons could be gay. When her younger son Rajeev told her that he was gay around a year ago, months of tears and attempts at a “cure” followed.

It was one thing to be told that her son is gay, but coming to terms with it was a different proposition altogether. Meetu was hoping that her son could be “cured”.

“Yeah, we went to a doctor and also a psychologist. My older son Vineet gave me some articles about homosexuality and then there was so much trouble in my family. It was difficult to accept the situation,” she says.

Meetu asked him to befriend girls, and when that didn’t work, at one point she even stopped talking to Rajeev until Vineet intervened.

“Vineet explained to me that if I didn’t talk to Rajeev, it would only widen the distance between us. He told me that I would lose him completely because he himself was undergoing certain changes and that he too was scared and afraid of them and that I needed to be with him,” Meetu recounts.

However, very few in her family know about Rajeev’s sexual orientation. While Meetu’s sisters are aware of it, her parents aren’t. “And I don’t even want to tell them because they are too old for this and they are also sick,” she says.

For someone who was unaware of what homosexuality meant until a year ago, reading up on the LGBT community has given her a fresh perspective.

“As long as he is close to us, as long as he loves us and takes care of us, what else do you want? Accepting him is better than losing him completely,” says Meetu, who has a degree in LLB and used to run a business.

And yet, she cannot let go of the hope that things might change. “I still have a glimmer of hope that someday he might be back. He might become a ‘normal man’. Maybe there is some magic.”

Pune-based businesswoman Arti Rani’s reaction was almost deadpan when her 27-year-old son Aadit opened up to her three years ago.

“We were talking about general things. I told him ‘You should see some girl for yourself’. He then told me about himself,” says Arti.

Always having considered herself a “friendly mother” to Aadit and her daughter Ruhi, Arti says she didn’t say anything particularly on that day. Her immediate reaction was “What? Achcha?”

“No mother would generally want something like this for her child, in the sense that we are typical Indian people. I didn’t say anything particularly on that day, but I thought about it and I don’t think there’s anything wrong in it. It is his choice. He is an individual and he can choose the path that he wants,” she says.

Apart from Aadit’s mother, only his father and sister know that he is gay. Arti believes that “problems appear when your own family doesn’t accept you, when they isolate the person and rebuke them personally.”

But Arti dreams of a future for her son, one in which her son has a partner and grandchildren. “I asked him if he wanted me to have grandchildren? He told me ‘When I make a lot of money, I’ll adopt a kid or have a surrogate child’,” she says. 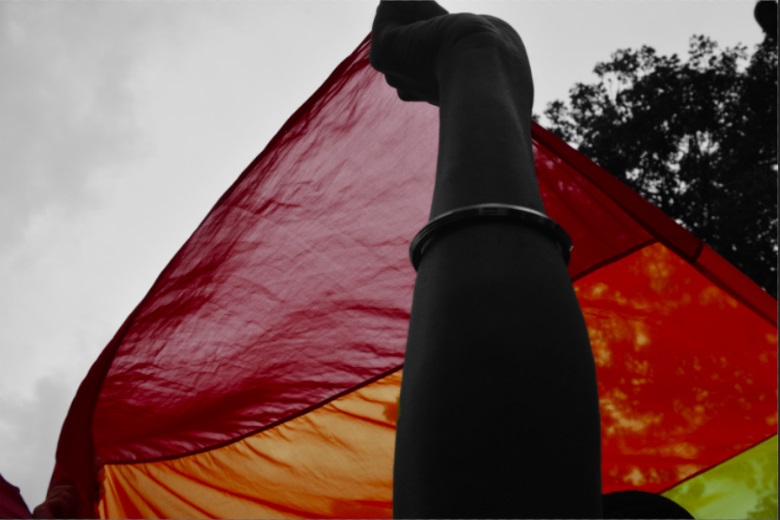 Arti does have occasional thoughts about what her friends and society might say about her son’s “upbringing”, but she knows that children look up to parents for both support and guidance.

“You can’t make a person gay or lesbian, unless they themselves feel so. One needs to be supportive about it so that he can have a normal life and a healthy relationship with whomever he is a partner with.”

As for acceptance, she puts it this way- “It is like bitter gourd (Karela), a little difficult to accept, but it is not impossible. When you accept something happily then the pain is also less, the embarrassment is also less.”

Chaitra however, could not swallow what she considers a bitter pill: her 30-year-old daughter, a marketing executive in Chennai, is lesbian. After some hesitation, she agreed to talk about this further.

“There is nothing like being lesbian. This is all just a confusion in the mind. My daughter is confused. She can be unmarried, I don’t mind. But she can’t tell people she is lesbian,” Chaitra said.

Also Read: Story Of A Pansexual Woman From Chennai

Some parents like Venkat, are resigned to their children’s sexuality. “We understand that we need to accept our children and their preferences. But I am sure I speak for many parents when I say I did wish once that things would normalise. But now I know, this is normal. This is what it is,” says Venkat, whose son Gaurav is gay.

Gaurav is a 33-year-old lawyer based in Chennai. His parents are religious and initially had trouble accepting their son’s sexuality, but have taken it in their stride.

“My mother said she is okay with me being gay, but still hopes I will get married someday,” he chuckles.

(All names, except that of Anthony Peter Sylvester, Monica D’Souza and Arti Rani, changed to protect identity)

With inputs from Manek Singh Kohli.