Taiwan’s top court says parliament has two years to enact legislation or same-sex relationships will be allowed to registered. 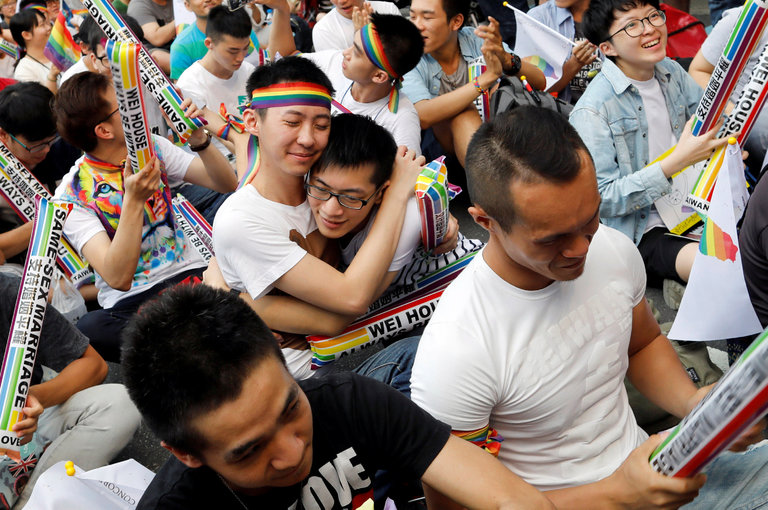 Taiwan’s top court ruled on Wednesday that the country’s ban on same-sex marriage was constitutional in a landmark ruling that could see it become the first country in Asia to legalize gay unions.

The country’s constitutional court of the Judicial Yuan ruled that if parliament failed to enact legislation within two years, same-sex unions would automatically be allowed.

The ruling did not prescribe whether parliament should amend the existing Civil Code on marriage to include same-sex unions or enact new legislation specifically for gay and lesbian couples.

The court ruled that current marriage laws were “in violation of both the people’s freedom of marriage and the people’s right to equality.”

“Sexual orientation is an immutable characteristic that is resistant to change. Furthermore, the freedom of marriage for two persons of the same sex, once legally recognised, will constitute the collective basis, together with opposite-sex marriage, for a stable society,” the court said.

Some Asian countries such as Cambodia and Vietnam have lifted bans on gay marriage without formally recognizing such unions. Israel honors same-sex unions performed overseas. In the broader Asia-Pacific region, New Zealand’s parliament voted in 2013 to allow gay marriage. In India, same-sex unions are still criminalised under Section 377 of the Indian Penal Code.