The British Times’ journalist, Martin Daubney stated that LGB people are “twice as likely to appear on television” and that they are “over-represented”. A recent study that talks about Television and Media being more accepting of ‘gays and ethnic minorities’ was the ammo used by the journalist.

What the study said

The study was conducted by the Creative Diversity Network that surveyed over 600,000 TV productions and more than 3,000 diversity forms across five major broadcasters in the UK. A resulting inquiry that was made revealed that LGB folk make up around 11.9 percent of the roles and that one in 10 characters are LGB. Also, the paper states that around 6.4 percent of the national population identifies as LGB. Trans representation was the next topic the survey revealed and this stated 0.8 percent of on-screen positions and 0.2 percent of off-screen positions are taken up by Trans people. 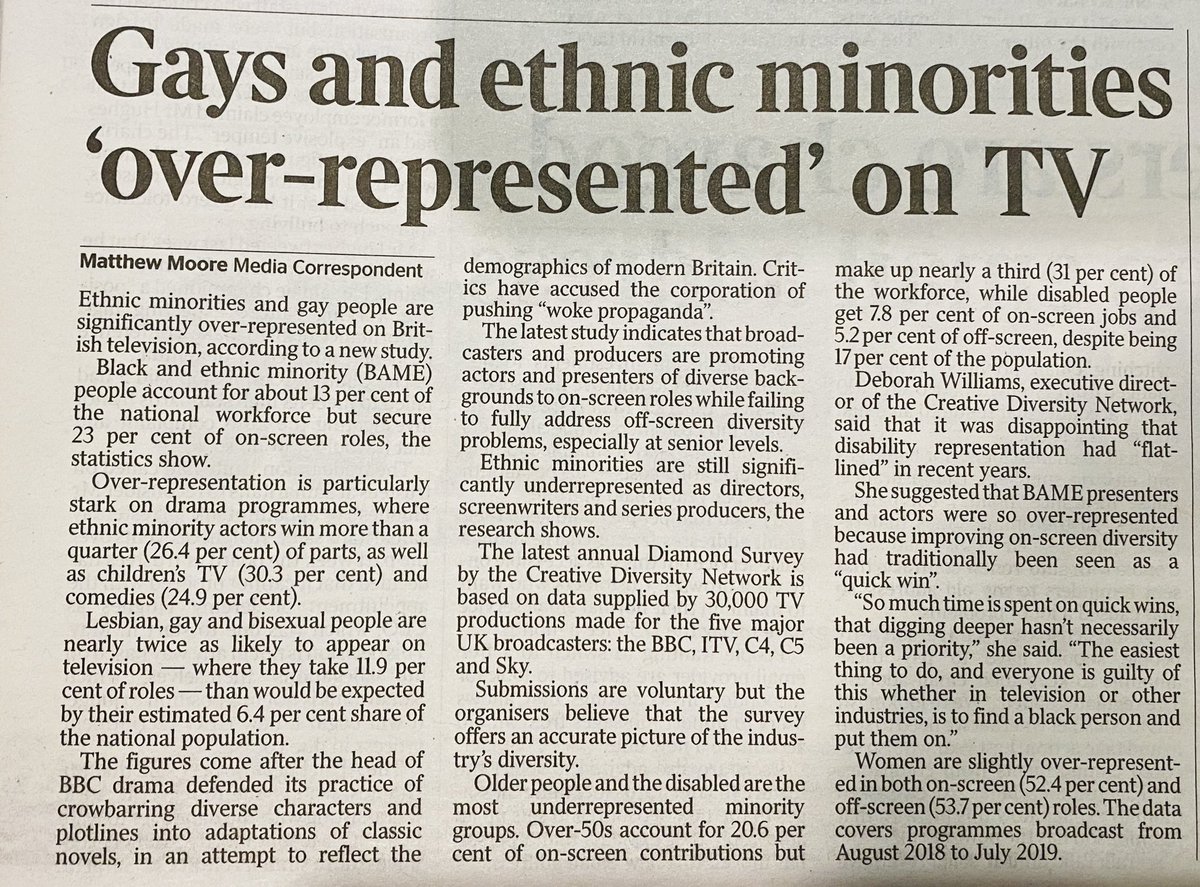 Turns out it isn’t. In fact it’s the precise opposite:

So they are twice as likely to be cast versus population 🤷🏼‍♂️

Meanwhile, the journalist didn’t make things any easier for himself with his following tweet either. Daubney added that the number of minority characters is around double that of national demographics. And, he also stated, “Add to this that women are also over-represented in both on-screen and off-screen. So, TV isn’t sexist either. Statistically, the worst career prospects in TV are for white, heterosexual men. Turns out the ‘white male privilege’  we hear so much about on TV… doesn’t exist in TV.”

What the journalist forgot to mention

Most importantly, the very report that gave Daubney his conclusions also stated that off-screen positions in British TV are severely troubled by a lack of diversity. Jill Offman, managing director of the Creative Diversity Network, wrote in the report, “There is more work to do.”

The executive director of Creative Diversity Network, Deborah Williams also described how disabled people were not getting adequate representation either. Moreover, The survey revealed that disabled people make up 7.8 percent of on-screen jobs and 5.2 percent of off-screen jobs. Comparing these stats to the percentage of people who are actually disabled in the UK, reveals some major under-representation.

The LGBTQ community’s response to the journalist

Daubney received an intense reaction from the LGBTQ community on Twitter and several of the replies disagreed with Daubney’s take on the data and offered their own takes on the matter. Members of the community took offense to the casual attitude with which Daubney offered his take:

Super weird, Martin. It’s almost like marginalized people get so much hate in everyday life that we’re written into shows in which that hate is highlighted for ratings.

Come back to me when, for example, trans characters don’t exist primarily to showcase their trauma.

Plus, most people say society (ergo people like you) are the problem. Not TV. Thanks for proving that point

However, after such an intense response from the community, Daubney changed his tune in a not-so-subtle manner. He added another reply to his initial twitter thread.

The real discrimination in TV isn’t race, sexuality or gender. It’s class. Where are the working-class heroes?

Answer: they get the worst qualifications. They need to survive. Drama school? Journalism course?

It’s a luxury they could only ever dream of.

In conclusion, there is a definite improvement in the opportunities that the LGBTQ community is getting. But, there is still a lot left to be desired.

Next read:  STUDIES SAY MOST HETEROSEXUAL WOMEN ARE NOT TOTALLY STRAIGHT