To understand this concept of thinking, I had to investigate why it exists in our general society, and trace the origin: I had to look at where this sort of ignorance stemmed from.

Consulting my parent’s generation, I learned that they, in fact, did not even know that being attracted to the same sex was an actual possibility. This is a mindset that is so difficult to fathom, even for me who grew up knowing that I was only attracted to my own sex.

I realized that sexuality, as a whole, was not understood by them. India’s days of Kama Sutra are long forgotten. After too many generations of arranged, even underage, marriages, they simply do not understand what attraction really means, whether it be to the opposite, or to the same sex.

We all acknowledge that “love comes after marriage” in India, but how it is still such a well accepted concept for our society, simply blows my mind.

Throwing same-sex love into a culture that is just being introduced to love-marriage as a whole, is too early for them them to start understanding, yet too late for the acceleration of the rest of the world; too late for the generations being born into a world that is still caught up in an aging society, unwilling to change.

Frankly, we are born in a world ruled by people who will soon die off, leaving our lives half fulfilled. The rest of the world is changing, so what is the delay? Culture?

I know India is desperately trying to hold on to this culture where the social caste you belong to is still a requirement for marriage. But, sooner than later, the newer society will not be convinced by all of its “righteousness”. We have the internet and media now. Despite censorship, we are not a communist country, and the war against religion is in its decline. There are fewer excuses by the day, and we now have access to see how the rest of the world is improving. Education is readily available for the ignorant, and it is only the society built on a dying culture that is holding us back.

Now that this culture is clearly pushing the innocent further and further, it is also starting to hit limits. The injustices coming to light have started to burst our shiny bubbles, leaving behind black marks which are too loud for people to not see anymore, no matter which way they turn their heads. Each instance may not have any direct impact, but they are starting to have a spotlight cast down on each of them: the media. The more and more people stand up and relentlessly raise their voice against the silence, the more it will bring us closer to change.

Indians are, by all definitions of the word, pacifist, to the point where even speaking would be considered an act of violence. They would let things slide, rather than face it, especially if it has nothing to do with them. Nobody will involve themselves, for fear of their own persecution. We have seen it a million times, whether in our hit Bollywood films, or on the streets of Chennai, where I lived. People standing in a crowd surrounding, watching, a dying man with his mother weeping over his body, doing nothing to help him. “I’m a doctor, but if I do, what problem will it cause me?”

In India, a good Samaritan is more often a dead Samaritan.

Morality and Karma has its loop holes: do no harm can also mean do nothing.

Who are they so scared of? People of money and power. What makes them so powerful? They have an army of cops backed up by a corrupt government, all wall within their pockets.

Say this man was hit by a minister’s drunk son’s Ferrari passing through on a crowded street, there is no way in hell anyone from that crowd would give witness. In fact, it never happened. But say one brave soul does decide to report him to the nearest police station, he would be praised for the information, beaten nearly to death, and if he agreed to remain silent, then his wife would not be raped and his children will not be murdered.

Police brutality is more than normal in India, not just in the movies.

I remember a few years back, I casually complained to a family member that my taxi driver was drunk and inappropriate. I found out a week later, that the cops tracked him down in his home in the slums, took him to a police station, beat him till he was begging for his life, and kept him locked-up for a week. They then asked if they should let him go, or if I preferred if he remained there for life.

This is how life is, in South India at least. North India is a whole different, yet still entirely corrupted ball game. This is India.

Again, knowing all of this, throwing the concept of homosexuality into a preexisting fucked up world, would put our culture in shock, not knowing what the fuck to actually do, aside from ignoring it to the maximum potential.

This is a society built upon culture. It is easier to change the law rather than this culture. Yes, Section 377 of the Indian Penal Code demands life-long imprisonment for being homosexual, but it is only enforced when the police and government needs it to punish people. I did not even know the law existed until the last few months of my 6 years of stay there. Again, they would rather let it slide, simply because they do not want to acknowledge our presence, even if it is illegal. Changing this law would be a great step, but, in the end, it would sadly be just a matter of words. The masses will still avoid talking about it to silence any hype that exists till it dies down and is forgotten to the point where it never existed in the first place.

Silencing anything that threatens this comfortable ignorance is our go to mode of action. Ignorance how we handle it. 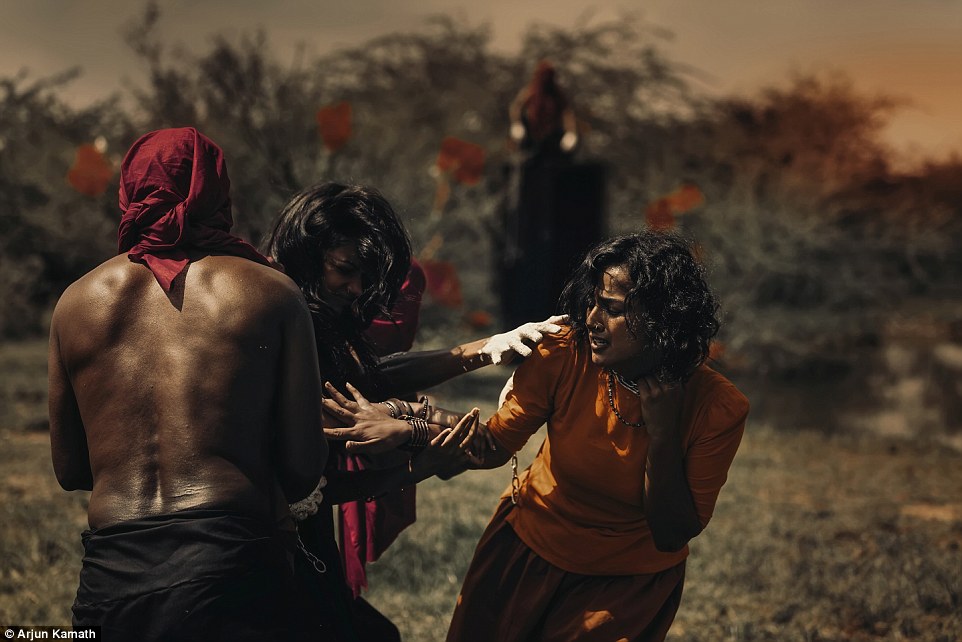